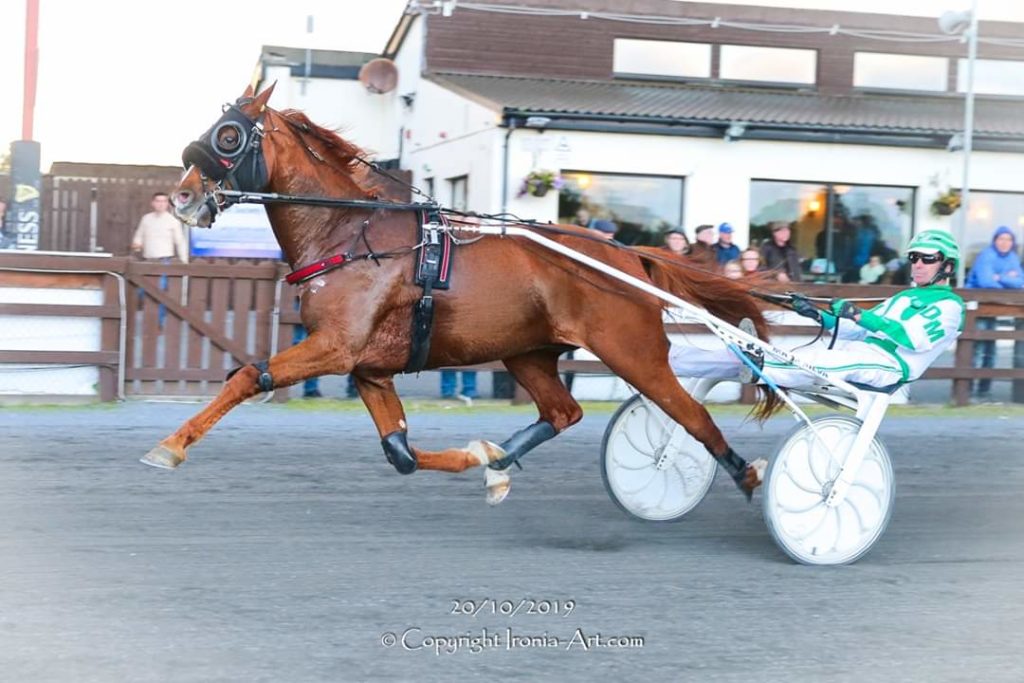 Harness racing is a form of horse racing in which Standardbred horses race at a specific gait (a trot or a pace). They usually pull a two-wheeled cart called a sulky, although in Europe  racing under saddle (trot monté in French) is also conducted.

Hard all weather tracks  or grass half  mile tracks 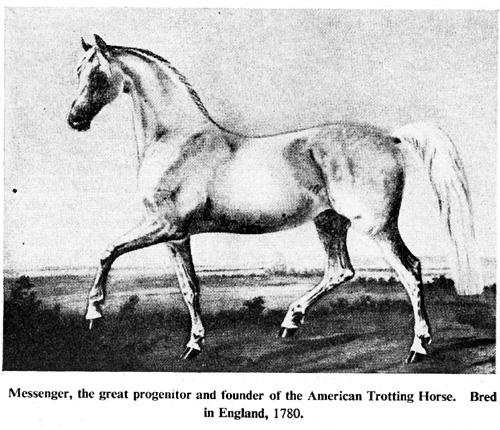 Standardbreds are so named because in the early years of the Standardbred stud book, only horses who could trot or pace a mile in a standard time (or whose progeny could do so) of no more than 2 minutes, 30 seconds were admitted to the book. Today, most harness races are won by Standardbreds who post times of 2 minutes or less. The horses have proportionally shorter legs than Thoroughbreds, and longer bodies. Standardbreds generally have a more placid disposition, due to the admixture of non-Thoroughbred blood in the breed.

From Messenger came a great-grandson, Hambletonian 10 (1849–1876), who gained a wide following for his racing prowess.
However, it is his breed line for which he is most remembered. The lineage of virtually all North American Standardbred race horses can be traced from four of Hambletonian 10 sons 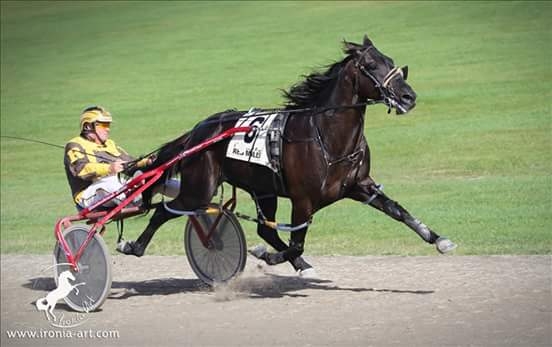 Is identified by the horse gait used, as pictured to the right. In pacing the horse’s leg’s move one side at a time. This has historically been the style of racing in Ireland, and is also most popular in the USA, Australia and New Zealand. Pacing horses can be  easily recognised by  the special  equipment “hopples”  used on their legs, designed to help the horse maintain its pacing gait. 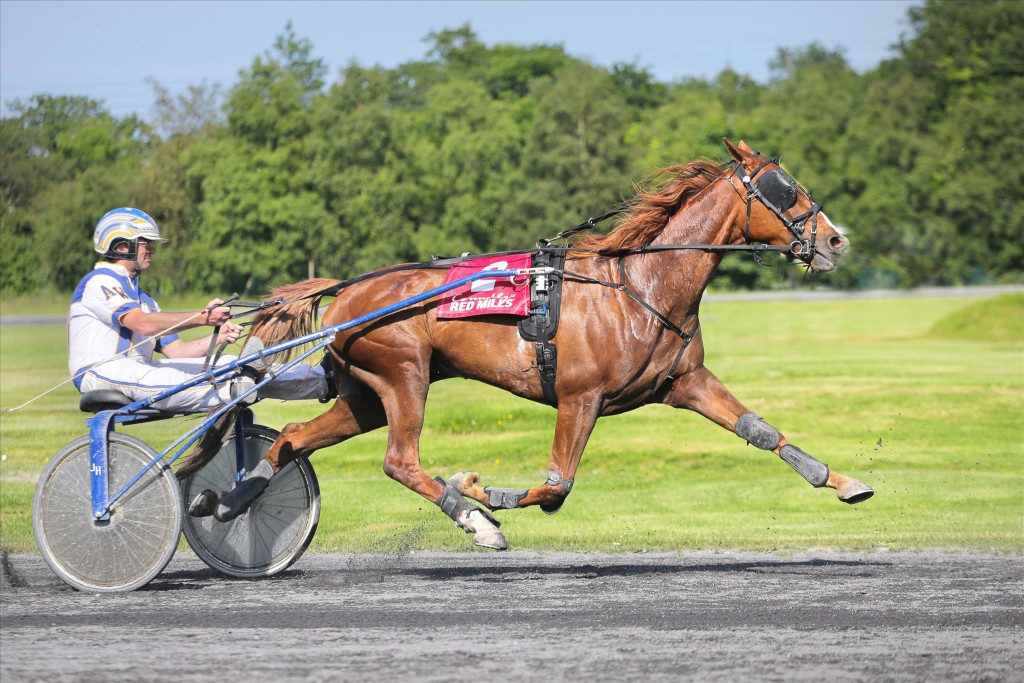 The trot is a two-beat diagonal gait of the horse where the diagonal pairs of legs move forward at the same time with a moment of suspension between each beat. This is the most popular style of racing in Europe and is currently becoming more popular in Ireland.