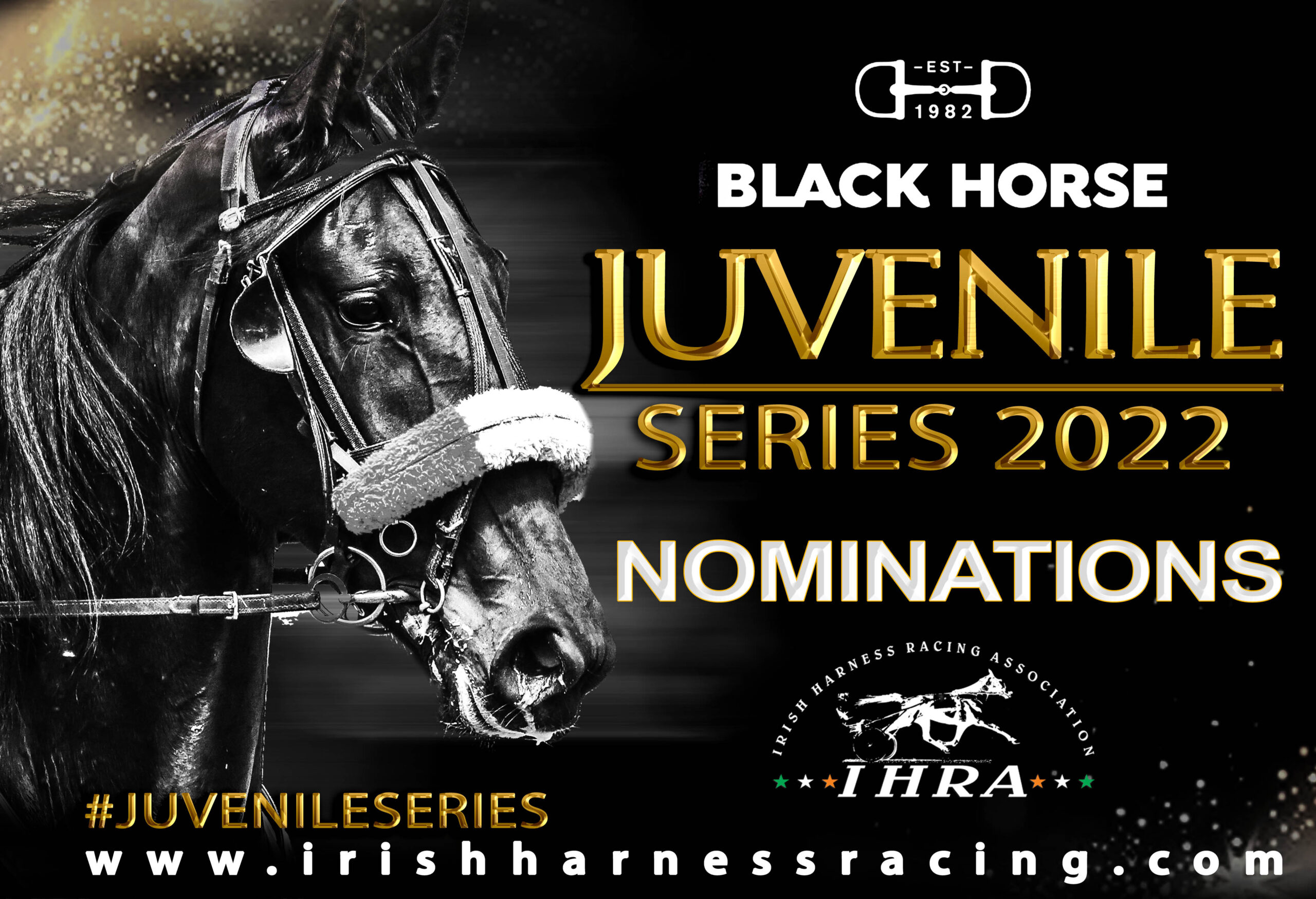 Following the success of the Black Horse Juvenile Series over the past two years, introduced, and managed by the IHRA, preparations for the 2022 series are now well under way.
In its first year, the competition for two and three-year-old pacers saw 52 horses entered and paid a staggering €63,200 in total to connections on both sides of the Irish Sea. Last year, 109 juveniles were nominated and a combined purse of €80,000 paid out over all eliminations and finals.

We are glad to announce that the series will be sponsored again by the Finnish equine foods supplier, Black Horse and we would like to remind all trainers that Black Horse products are available to purchase via the IHRA office right through the winter and please make contact with Micheal Duggan for further details.

The 2022 series will have the same format as last year, four eliminations in both the BHRC & IHRA’s fixtures list. 32 races will be ran in total within the two governing bodies before any finals are run and 50% of the prizemoney pot, estimated at €48,000 will be up for grabs. All eliminations will be ran for a purse of €1250.
A points system will be awarded similar to this year, (1st-16pts; 2nd– 8pts; 3rd-4pts; 4th-2pts; 5th – 1pt).
Divisions will need a minimum of three horses to run separately and should there be less than three entered, the fillies and colts will combine, with preference given to fillies on the gate. The purse will be increased by 50% and both fillies and colts will each receive the finishing points as above.

With regards to the finals weekend, there will only be one final per division, with the top four horses on the points table from the BHRC table and IHRA table respectively will run in each division. The top scoring horse will pick their gate position for the final and should there be horses on the same points, they will be balloted between them to pick the first position.

For every nomination fee received at this time, the IHRA will add €100 into the prizemoney pot.

Remember you are not just staking your horse for one heat & final, its 4 Races &  1 Final (if you are lucky)!